With its curved shape on two planes for ease of working, Castor is a design classic. It has a beech handle and pointed, heart-shaped bronze blade. With its sharp edge and scoop shape, we find it is the most practical trowel for general weeding and planting. 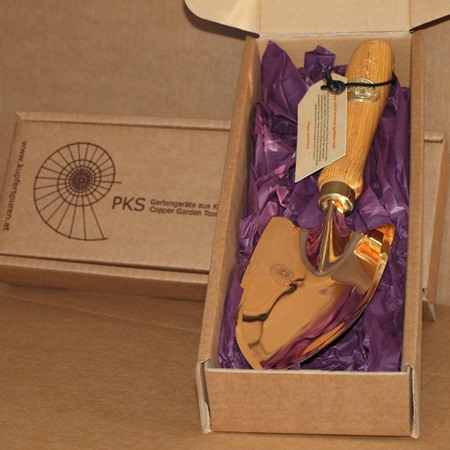 Buy two or more small tools and we will gift-box them free of charge, two to a box.

Everything is in stock at the moment,

But that can change fast!

it means that we are out of stock and are waiting for more to arrive.

When your order contains a back-ordered item we will wait until it arrives before sending your complete order to you.