I loved this book. It challenged my preconceptions about ecosystems, the balance of nature, invasive species, biodiversity … 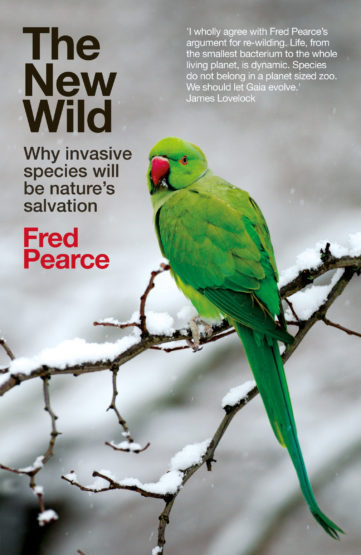 Japanese knotweed, giant hogweed, himalayan balsam, rhododendrons in the UK, kudzu in the USA: these are the enemy, right? Well, this book gives a new perspective on them all.

Alien species reduce biodiversity, right? They are bullies that elbow out native species and take over the prime spots? Well maybe not. In fact, Fred Pearce makes a strong case that japanese knotweed, water hyacinth, zebra mussels and other invaders clean up polluted sites.

Large parts of the rainforests of Amazonia, central Africa and Borneo were undisturbed by humans until the loggers and developers moved in, in the nineteenth and twentieth centuries, right? Maybe not. In fact the author gives evidence that there is no such thing as pristine rainforest.

Brownfield sites are ecological deserts, right? The author makes the case that they often host more species than areas we try to preserve.

From the final paragraph of the book:

” The old wild is dead. But the new wild is flourishing, and will do better if we allow it to have its head. It is there in hybridizing rhododendrons, in rare bees and spiders appearing amid the badlands of the Thames Estuary; on Ascension Island’s Green Mountain; in Chernobyl’s exclusion zone; across the bushlands of central Africa and the regrowing rainforests of Borneo …. Nature never goes back; it always moves on. Alien species, the vagabonds, are the pioneers and colonists in this constant renewal. Their invasions will not always be convenient for us, but nature will rewild in its own way.”

“If someone loves you a lot,

then perhaps drop a heavy hint about Implementations tools. They are the best in Britain, to my taste. Beautifully crafted blades from bronze and copper. We have acquired a few over the years, from the versatile two-pronged handheld Phoenix hoe, my go-to tool, and various trowels to a large rake and a spade. I often tell myself I am saving up for the full-size fork.”

Allan Jenkins in the Guardian